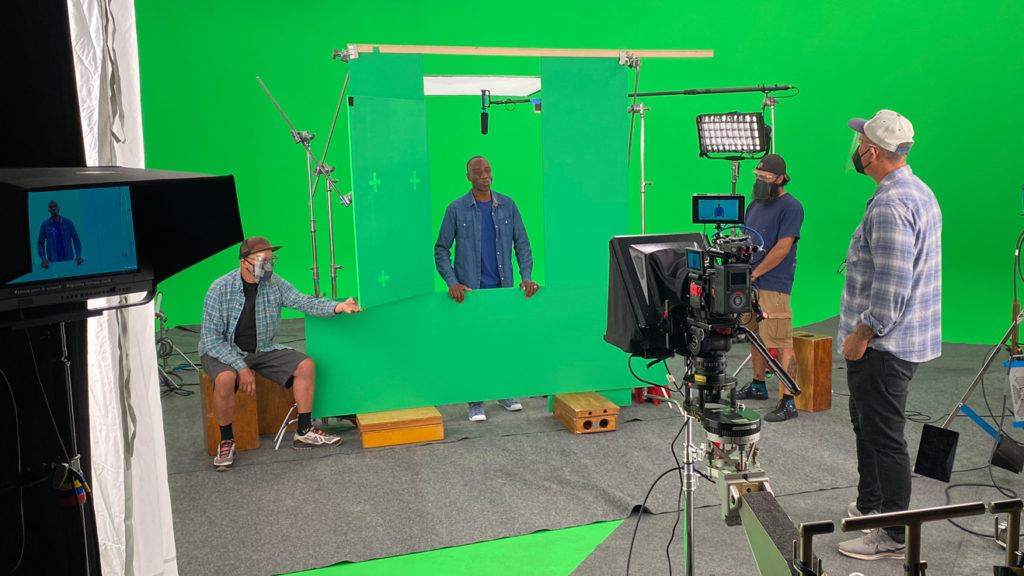 With the pandemic still limiting in-person conferences, Google wanted to build a rich remote experience that brought dimension and a little of the unexpected to their annual Marketing Livestream. With a theme of “Step Into The Ad,” they specifically aimed to reveal a bit more of what’s behind their advertising platform.

Google brought Skycar Creative in to develop hybrid live-action/graphic assets that both integrated with and broke free from their conference portal. We shot Google employees on custom-built greenscreen sets that would give the illusion of a 2D aesthetic but provide some fun and unexpected dimension to the experience. 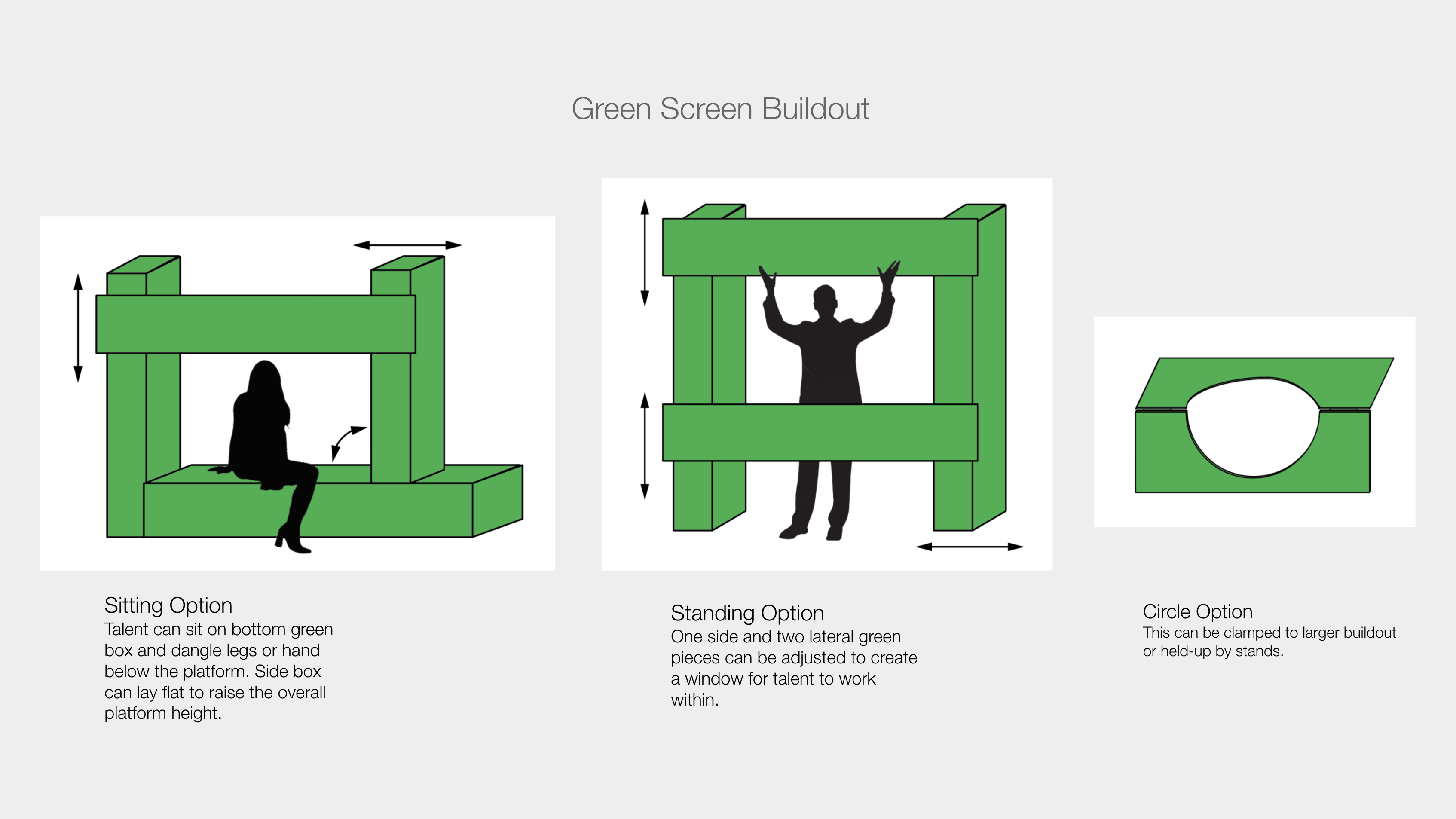 In a quick turn, we had to design and build a flexible system for mimicking physical “containers” within which the Googlers were standing/sitting/interacting. We also needed to rig a bicycle that could be transformed into a 5 person tandem in post. To ensure that we’d get what we need in production, we brought in the killer Art Dept team: Dave Dougherty and Aaron Young. They built out a beautiful modular greenscreen structure that would allow us to create squares, rectangles, and circles of various shapes on set while enabling us to pull a nice key and preserve realistic shadows. As you can see from the pics – we rigged an actual Google campus bike so that each person could pedal in place (with wind!). Then we got isolated shots of all moving bicycle parts (for comping in later) by suspending it from speed-rail while Dave gave them a consistent spin with a cordless drill. 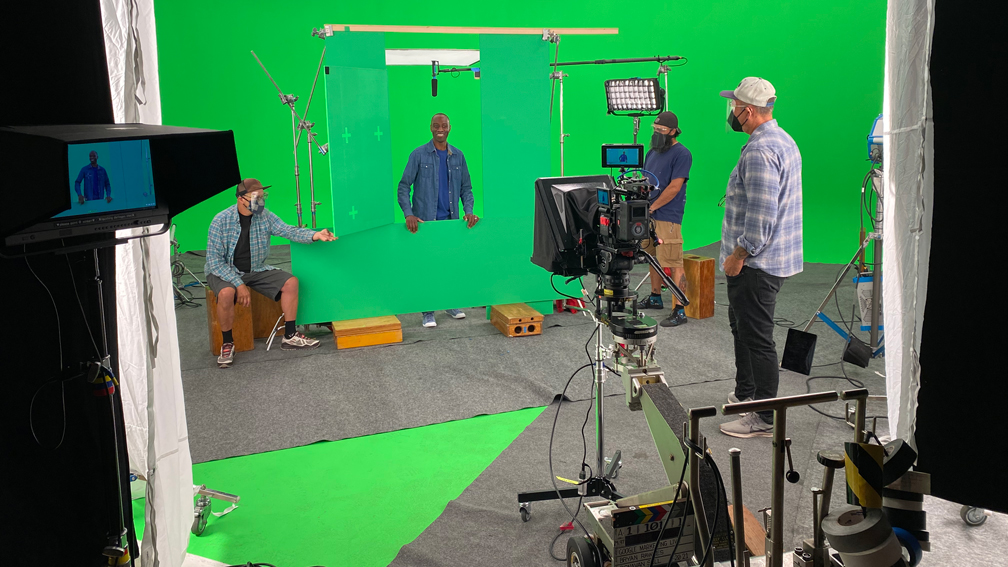 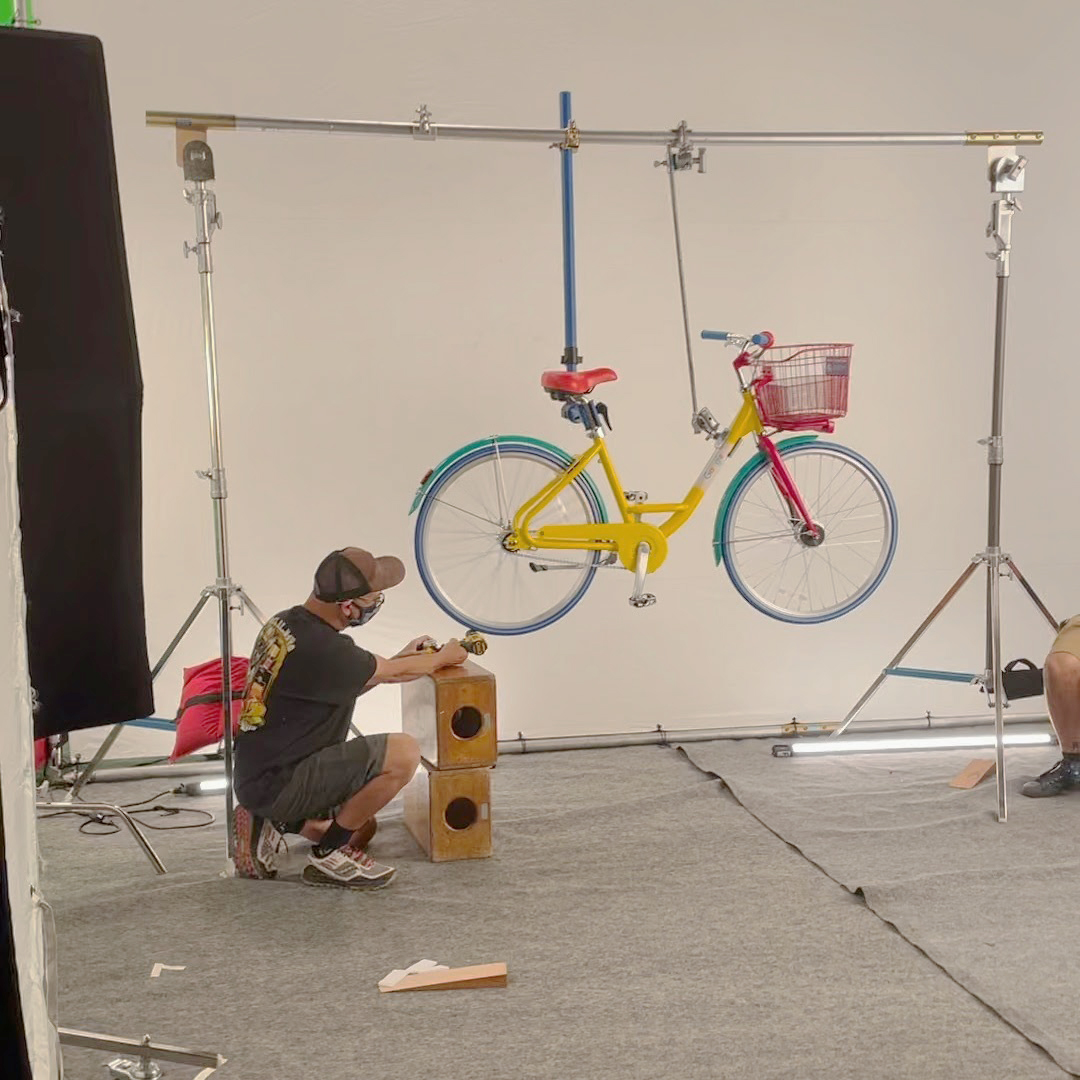 With some of the Google team on site for the shoot, we were able to bring super clean (and approved!) shots back to the shop for post. The green footage keyed beautifully and the bicycle required some minor 3D modeling to sell the illusion of the multi-tandem. Since we had pre-designed the bike linkage, it was just a matter of seaming together the actual footage from the shoot day.

Take a look at the finished bike:

For the intro video, we just needed to composite a simple 3D door into the keyed greenscreen footage. Since we were pulling true shadows from the footage, we mimicked the lighting setup in the 3D project so that the shadows on the door acted the same as those of our hosts.

Take a look at the results: