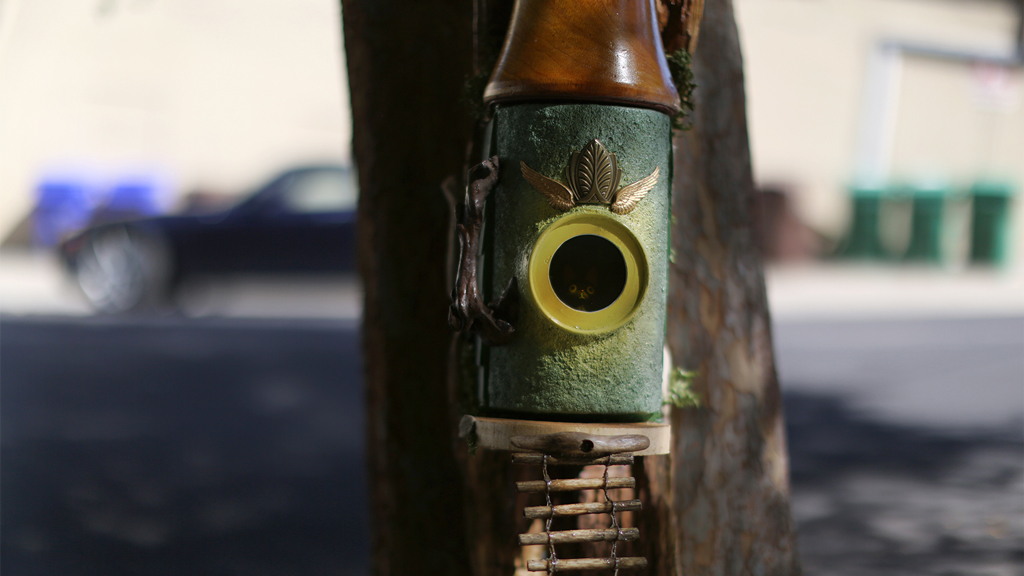 We were fairy-bombed! Late last week, in the dead of night the faeries of Washington Avenue erected their very own film company right outside of our door! Little Skycar is the newest addition to a very prominent community of fairy houses in Point Richmond. The founder of this small community, a local comic book artist has been working with us on a film about Little Point Richmond, which is coming soon. Now that the faeries have an HQ, production should speed up! 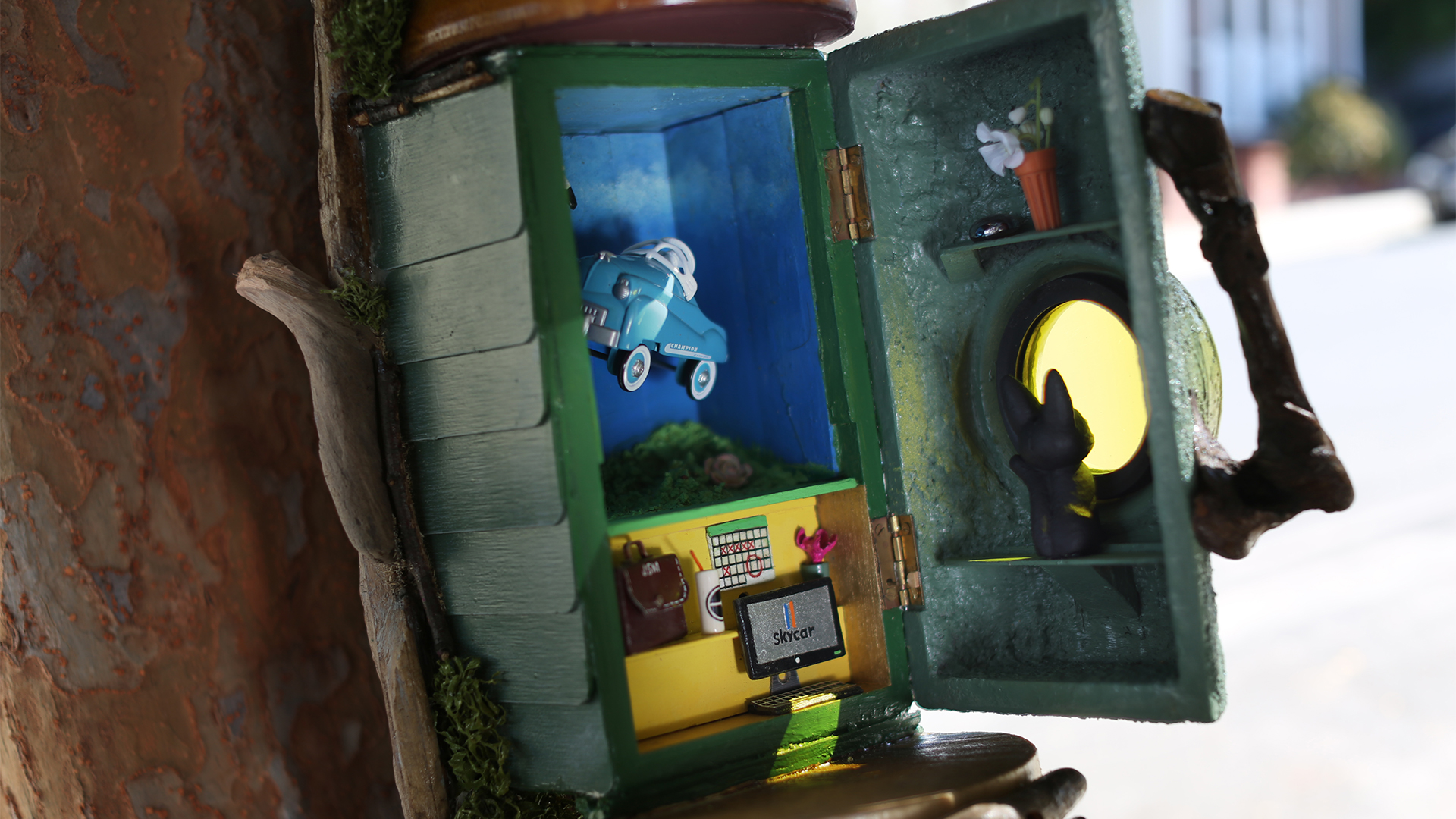